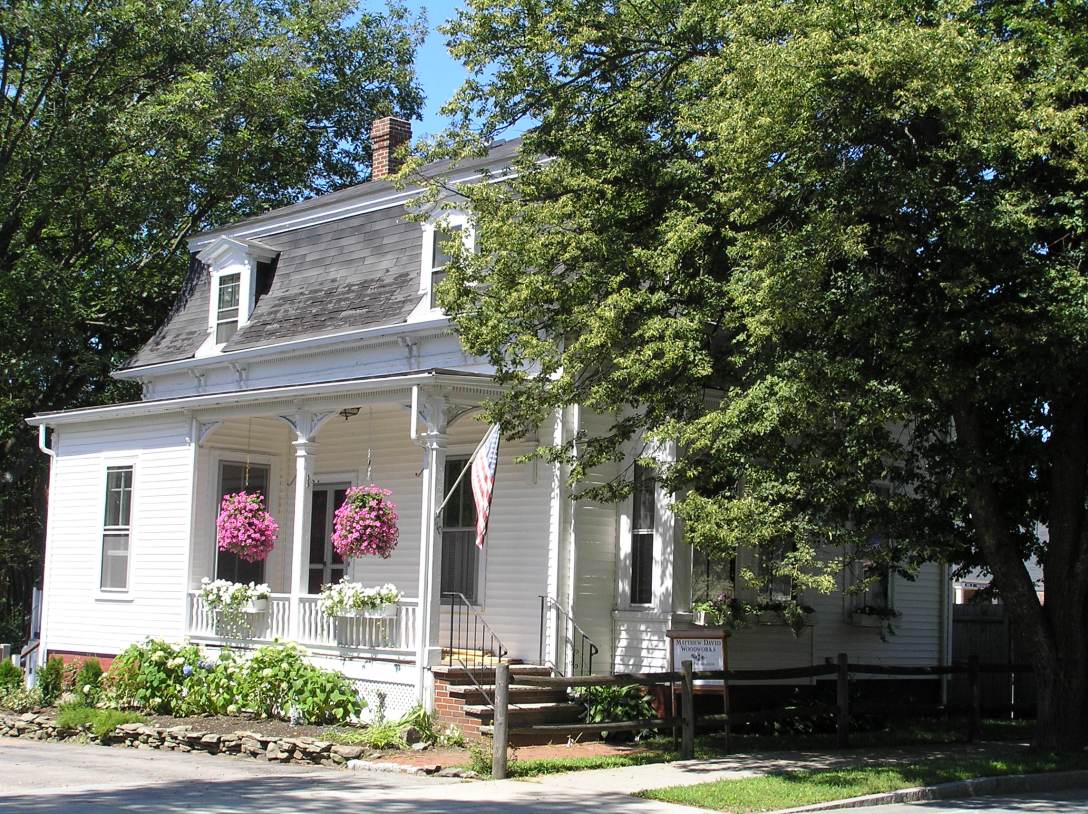 Three identical houses with mansard roofs appear in the 1893 Ipswich Birdseye map and are still standing. The 1884 Ipswich map shows this house owned by “S. H. Baker” and the one next door owned by “G. H. Baker.”

Samuel Baker and other parties conveyed “a certain parcel of land” in 1894 to Chebacco Associates. (Salem Deeds book 1436, page 250). The estate of George Baker conveyed a parcel to Charles Tyler in 1894.

The three houses stood in a row until about 1900 when 106 Central Street was constructed, separating 100 Central from the others. Land on which 108 and 110 Central were built were previously part of a larger parcel belonging to Henry F. Russell.

In 1872 the lot on which #108 stands was sold to George W. Baker, the same day that his brother, Stephen H. Baker, purchased the lot on which #110 would be constructed. The Baker brothers were both carpenters and natives of Ipswich. Their father, Samuel W. Baker, is listed in the 1880 census as a house carpenter. It seems likely that the Bakers constructed the two houses themselves, although specific documentation to that effect has not been found.