Have you seen this petition yet? Preserve our historic town character

Hannah and Samuel Loring, a Christmas romance and tragedy 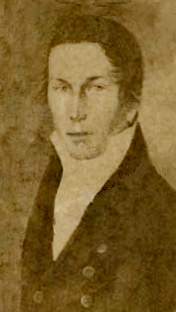 Hannah Gwinn Loring (1791 – 1847) kept a diary when she was living in Salem, Massachusetts with her parents, Thaddeus and Mercy Gwinn.

In September 1807, Hannah wrote: “I left school with regret. My parents think it is time for me to commence assisting in domestic affairs for they think it very essential for a female to be well skilled in all the active comings of life.” Within two years, Hannah found a suitor in Samuel Loring, a ship’s captain in Salem’s profitable commercial shipping trade.

On Christmas Day, December 25, 1809 Samuel wrote a poem to Hannah while “on Board the Jennifer at sea near Bermuda” over 700 miles away.

Hannah and Samuel married two years later on Christmas Day, 1811. In 1843, Samuel Loring, while on his second voyage in the barque Neptune, fell from the maintop and was instantly killed. The loss meant that Hannah would never see her beloved Samuel again, since his body was buried at sea.

The Ipswich Museum is hosting a series of "Sunday Strolls" beginning in April. Each guided walk around town will explore a historical theme. Reserve your tickets online or call the museum at 978-356-2811 Walks begin at 2pm departing from the Ipswich Museum Heard House.

“We walked in the clouds and could not see our way”

The “Dungeons of Ipswich” during the War of 1812

The Legend of Goody Cole