Land Grants, Homes and Gravestones of the Settlers of Ipswich

A set of five maps portraying the locations of the early land grants in Ipswich was prepared by John W. Nourse, published in 1905 in the book Ipswich in the Massachusetts Bay Colony by Thomas Franklin Waters. The first lots were granted in 1633-34. As the Puritans in Massachusetts expanded their settlements, it was their policy not to admit persons to whom the town had not allocated land. It soon became the practice to admit them if they had the means to purchase land from the present inhabitants, provided that the Selectmen of the Town agreed.

Graves and houses of the early inhabitants of Ipswich

The following photos are graves from the Old North Burial Ground in Ipswich, and houses or other places associated with those persons. A complete list of burials is in the book Memento Mori, published by the Ipswich Historical Society in 1935.

The Old North Burial Ground is on High Street in Ipswich.

Memento Mori, published in 1935 by the Ipswich Historical Society lists all graves at the Old North Burial Ground.

Elizabeth and John Appleton, one of the leaders of the Ipswich rebellion against unfair taxation by Governor Andros in 1687.

In the 1960’s The John Appleton house at the foot of North Main Street was saved from being demolished to build a service station.

Colonel Samuel Appleton was thrown in prison for resisting taxation by Governor Andros in 1687.

The Post Office mural depicts the leaders of Ipswich tax resistance in 1687. Shown are Rev. John Wise, the Appleton brothers, John Andrews and other town leaders.

Anna Perkins was the wife of John Baker.

The Col. John Baker house is on the South Green.

Andrew “Bourlay” (Burley) built his home on Green Street in 1688.

The Andrew Burley house on Green Street was once an inn.

The James Burnham house is on Heartbreak Road.

Sarah Burnham was the wife of James Burnham.

The graves of two children of James and Hannah Burnham.

General Daniel Denison was an important early leader of Ipswich.

The “Daniels Shoe Factory” on County Street is located near the home of 17th Century general Daniel Denison, and was moved from a site near the mill.

Grace Dennis was the wife of Thomas Dennis.

The oldest parts of the Day Dodge house at North Main Street and East Street date to 1737.

Isaac Dodge was one of the builders of the Day-Dodge house on the corner of North Main Street and East Street.

Benjamin Dutch owned and sold many properties in early Ipswich.

The Samuel Dutch house on South Main Street was built in 1723 and has a Federal era addition.

John Edwards built the house on High Street that is named for Captain Joseph Wilcomb.

The George Farley house on North Main Street was built for a descendent of General Michael Farley.

The graves of General Michael and Elisabeth Farley. Michael Farley was an important 17th Century town leader and war hero

The Rev. Levi Frisbie of First Church built this house on County Street.

Zerbiah Frisbie was the wife of Reverend Eli Frisbie, pastor of First Church for 30 years.

William Goodhue was one of the men arrested in the Andros Rebellion of 1687.

The William Goodhue house on Topsfield Road was built in 1763.

Abraham and Lucy Hammatt at the Old North Burial Ground

Alice Hart was the wife of Thomas Hart.

Thomas Hart built a small home in 1640 at the location of the Hart House on Linebrook Road , which dates to 1678.

Mary Hart was the wife of Thomas Hart, builder of the Hart House. 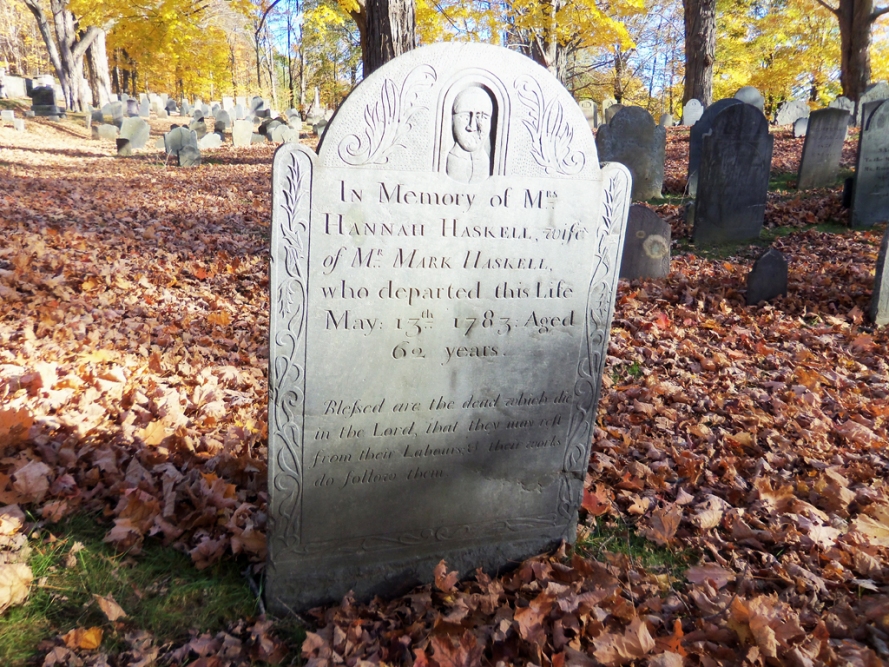 Hannah Haskell was the wife of Mark Haskell

The Mark Haskell house on High Street was built in 1750

Anna Heard was the wife of John Heard

Richard Kimball was the son of John Kimball, who built two houses on High Street

The John Kimball house, a First Period home on High Street built in 1680

Elizabeth Manning was the wife of Dr. John Manning, but died young.

The Samuel Newman house on High Street was the home of Civil War hero Joseph Manning.

Elizabeth Manning was the wife of Dr. John Manning

The Dr. John Manning house on North Main Street was built in 1769

Colonel Joseph Manning was a Civil War hero and lived in the Samuel Newman house on High Street.

Jacob Perkins was an early settler of Ipswich

Rev. Nathaniel Rogers was pastor of the First Church and died in 1775.

The “Olde Manse” at 1 High Street was built for Rev. Nathaniel Rogers in 1727

Captain Nathaniel Treadwell and his wife hosted John Adams and other well-known guests at the first Treadwell’s Inn.

The “Christian Wainwright” house on North Main Street was the first Treadwell’s Inn.

Sarah Tuttle was the wife of Simon Cogswell and lived in the Shatswell house.

The Shatswell house on High street.

Eunice Wait was the wife of John Wait

The Whipple House is at the South Green.

Ketherine Whipple was the wife of John Whipple

Illegal Currency: Ipswich and the Land Bank scheme of 1740-41

A Sunday at Old Ipswich