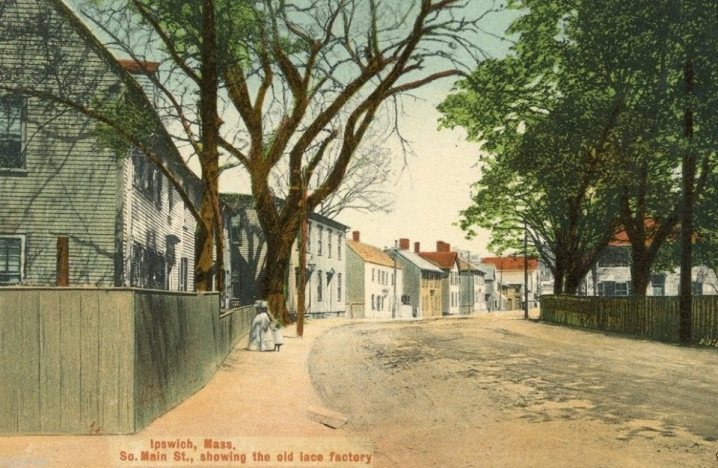 In March 1692 several Ipswich persons petitioned “to have liberty granted them to build shops upon ye bank by ye river side,” at what is now South Main Street. The Selectmen laid out this stretch of land in twenty-three small lots and granted them “to as many individuals with the conditions that they not encumber the highway, make provision for drainage under the buildings, that each person provide paving four-foot wide all along before ye said buildings for the convenience of foot travelers, and erect posts to keep horses from spoiling the same.” It was stipulated by the Town that the lots extend no farther into the river than “ye low water mark.” South Main Street in Ipswich was devastated by America’s love of the automobile. In the 20th Century, beautiful old houses here and at the other end of town on Lords Square were demolished and replaced by garages and service stations.

The Ross Tavern abutted the Choate Bridge on the downstream side. It was built in 1690 in downtown Ipswich, but in 1735 it was moved to the south-east side of the Choate Bridge where it remained until 1940 when it was disassembled and moved to its present location on Jeffreys Neck Road at the former Wendel Estate, where the original timber frame was restored and reassembled. 17th Century fireplaces and 17th & 18th century woodwork are features inside the house.

The photo below is the east side of South Main Street. The electric poles indicate the photo was taken after the turn of the 20th Century. Of the houses shown here, only the Sherborne Wilson house, the corner of which is in on the left, still stands. The building on the far right with the Mansard roof was the Ipswich Savings Bank at the corner of South Main Street and Elm Street, and the bell tower on the Old Town Hall can be seen above and beyond that house. The second photo is the same view as seen today. The Birds Eye map of Ipswich below confirms Bill Varrell’s description in Images of Ipswich.

15 South Main Street, the Caldwell Block (1870) - The Caldwell Block stands on the site of the former Massachusetts Woolen Manufactory, constructed by Dr. John Manning in 1794. The property was sold to Stephen Coburn in 1847 and housed the post office and other shops. The building was destroyed by fire, and in 1870 Col. Luther Caldwell erected the present building.… END_OF_DOCUMENT_TOKEN_TO_BE_REPLACED

30 South Main Street, the Old Town Hall (1833) - The Unitarians built their church here in 1833 but sold it to the town ten years later to be used as town hall. The lower section was constructed at the corner, the old Unitarian Church was moved on top.… END_OF_DOCUMENT_TOKEN_TO_BE_REPLACED

31 South Main Street, the Dr. Joseph Manning house (1727) - A house on this lot was purchased by Timothy Souther in 1794 and stayed in the Souther family until 1860. It was taken down in 1917, and the Dr. Joseph Manning house was moved to this location so that an automobile dealership could be constructed across from the Old Town Hall.… END_OF_DOCUMENT_TOKEN_TO_BE_REPLACED 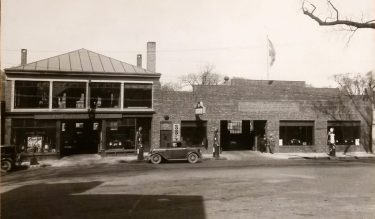 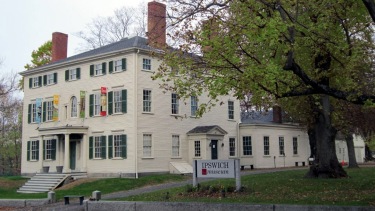 59 South Main Street, the Philomen Dean house (Old Lace Factory) (1716) - Dr. Philomen Dean bought this lot in 1715 and built a house. After various owners, the building was sold to the Boston and Ipswich Lace Co. in 1824, and an addition was built. In the late 19th century the building was used by as a tea room.… END_OF_DOCUMENT_TOKEN_TO_BE_REPLACED 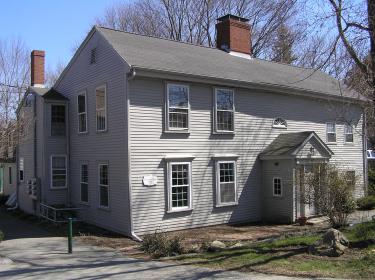 6 South Main Street, the Shoreborne Wilson – Samuel Appleton house (1685, greatly altered) - This house was built by joiner Sherborne Wilson,. The house was purchased in 1702 by Col. Samuel Appleton, the eldest son of Major Samuel Appleton. At the time it was still a two-room central chimney structure, and it is believed that Appleton expanded the building on the southeast side. The house is listed in the National Historic Register of Historic Places.… END_OF_DOCUMENT_TOKEN_TO_BE_REPLACED 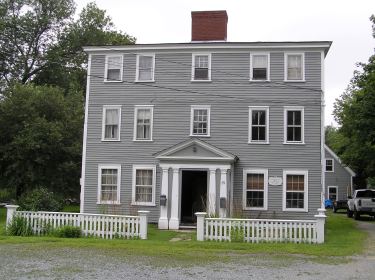 69 S. Main Street, the Samuel Dutch house (1733, rear section may be older) - Samuel Dutch bought this land in 1723 and built this house by 1733. The front appears to have been enlarged with a third floor and a hip roof during in the early 19th Century. The rear wing has a chamfered summer beam, suggesting that it was an older house.… END_OF_DOCUMENT_TOKEN_TO_BE_REPLACED 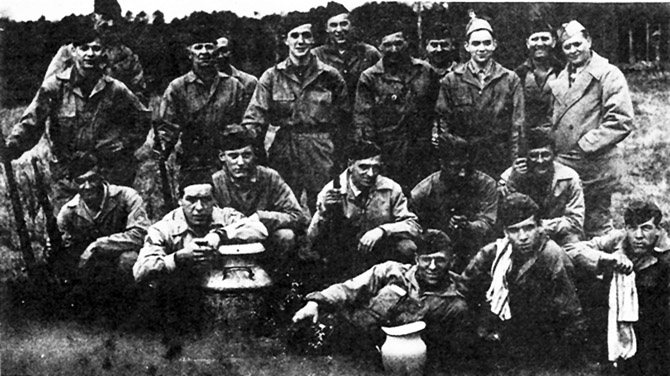