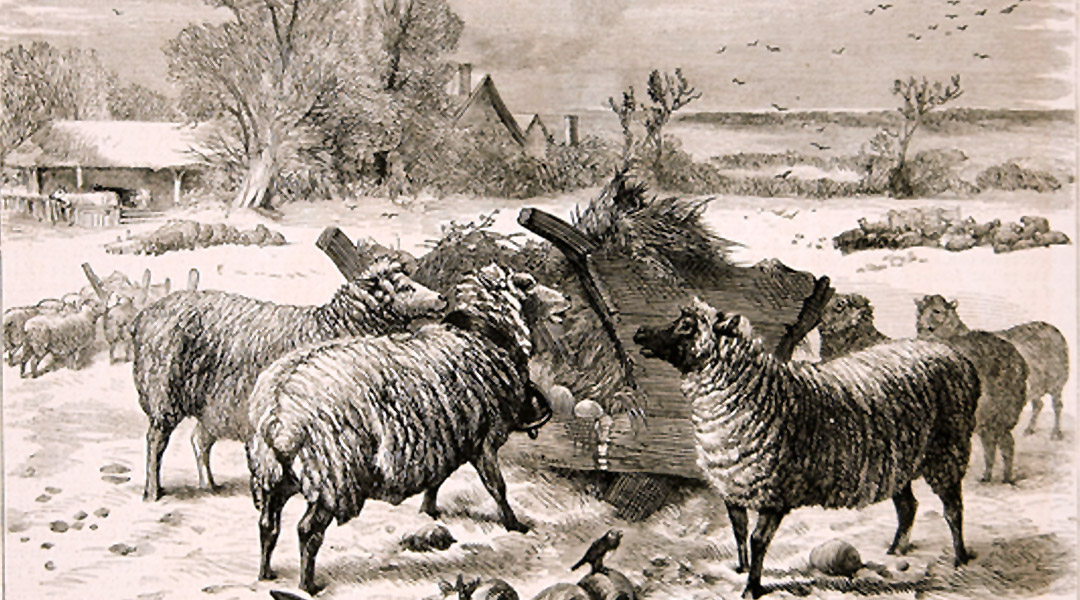 In 1640, the General Court in an effort to establish the self-reliance of the Massachusetts Bay Colony, ordered that towns promote the growing of flax, hemp, wool, the spinning and weaving of these fibers, the raising of livestock, and that no sheep or mutton should be exported. The vast quantity of livestock may have contributed to the first hanging in the colony, a young Duxbury man who was charged with sodomy and hung on September 8, 1642. Governor William Bradford’s account of the case appears in his book, Of Plimouth Plantation 1620-1647 :

“A Horrible Case of Bestiality”

“There was a youth whose name was Thomas Granger. He was servant to an honest man of Duxbury, being about 16 or 17 years of age. (His father and mother lived at the same time at Scituate.) He was this year detected of buggery, and indicted for the same, with a mare, a cow, two goats, five sheep, two calves and a turkey. Horrible it is to mention, but the truth of the history requires it.

“He was first discovered by one that accidentally saw his lewd practice towards the mare (I forbear particulars). Being upon it examined and committed, in the end he not only confessed the fact with that beast at that time, but sundry times before and at several times with all the rest of the forenamed in his indictment. And this his free confession was not only in private to the magistrates (though at first he strived to deny it) but to sundry, both ministers and others; and afterwards, upon his indictment, to the whole Court and jury; and confirmed it at his execution.

“And whereas some of the sheep could not so well be known by his description of them, others with them were brought before him and he declared which were they and which were not. And accordingly he was cast by the jury and condemned, and after executed about the 8th of September, 1642.

“A very sad spectacle it was. For first the mare and then the cow and the rest of the lesser cattle were killed before his face, according to the law, Leviticus xx.15 (*’and if a man lie with a beast, he shall surely be put to death: and ye shall slay the beast.‘) and then he himself was executed. The cattle were all cast into a great and large pit that was digged of purpose for them, and no use made of any part of them.

“Upon the examination of this person and also of a former that had made some sodomitical attempts upon another, it being demanded of them how they came first to the knowledge and practice of such wickedness, the one confessed he had long used it in old England; and this youth last spoken of said he was taught it by another that had heard of such things from some in England when he was there, and they kept cattle together, by which it appears how one wicked person may infect many, and what care all ought to have what servants they bring into their families.”

With great speed the court issued an edict suggesting spinning and weaving as suitable occupation for boys and girls to avoid idleness, and that The “prudential men” of each town were instructed to “take care of such children as are set to keep cattle, and that boys and girls be not suffered to converse together so as may occasion any wanton, dishonest or immodest behavior.”

In 1656 the court ordered the selectmen of all towns to assess households at “one or more spinners” as an adjunct to their regular employment. Each family’s spinner was required to spin for thirty weeks every year, three pounds per week of linen, cotton or woolen. To secure proper oversight, families were divided into groups or classes of ten, six or five, and a class leader was to be appointed over each group.

“The better keeping of sheep”

In 1856, yet another edict was issued: “One able person out of every family shall help clear the commons for the better keeping of sheep, upon a day’s warning.” With a mandated work force for raising sheep and spinning the wool, men who owned large farms became even wealthier, but the proliferation of court orders and animals brought new problems that had to be resolved. By 1662 the commons on the south side of Ipswich were so burdened with sheep that a hundred were transferred to the north side.

Samuel Hunt often had words with his neighbor John Lee Sr. over the handling of cattle and sheep, and in 1668 the two landed in court for disturbing the peace. Both, feeling entirely justified, would not admit to any wrong. A witness testified that John’s son Joseph hit Samuel with a club as they “were wording it over the sheep” and that Samuel took Joseph by the collar and tripped him up. At this point John Sr. appeared with a pitchfork and struck Samuel twice. If the younger John Lee hadn’t interfered, Samuel would have been killed.

In 1702 the common lands were divided into large sheep pastures, and it was decided that: “The Great Neck, by some called Jefferies Neck is now named ‘ye Ram Pasture,’ being part of ye sheep walks on ye northerly side of the River.” The keeping of cattle and sheep on the Necks and the hills surrounding the town continued into the early 20th Century.