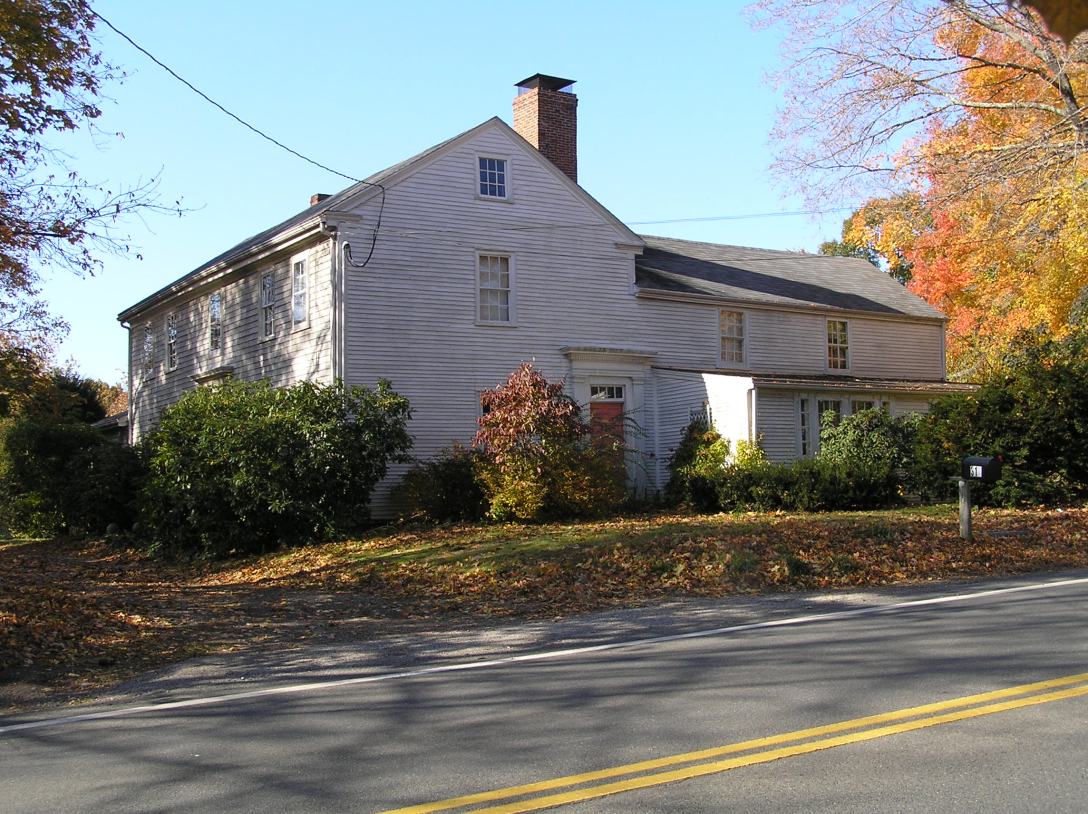 This property was owned by the Dresser family from 1662 to 1807, when Stephen Pearson of the adjoining farm purchased the land and buildings. Stephen Pearson built the present house in 1808. Stephen Pearson was a soldier in the Revolutionary War. He served under Benedict Arnold and after Arnold’s treason under Colonel Nathaniel Wade, fellow Ipswich resident. Waters calls Pearson’s service in the war heroic. Pearson was discharged in 1780 and returned to operate his farm.

Pearson’s account book from 1797 to 1831 indicates that he sold a wide variety of products including hides, shoes, and black walnuts gathered from the area around Dow Reservoir. Pearson’s granddaughter, Emily Pearson Bailey (d. 1907) was the last of the family to live in the house. She was a poet and published a book of poems in the late 19th century, including one about the spring where the Dresser house stood.