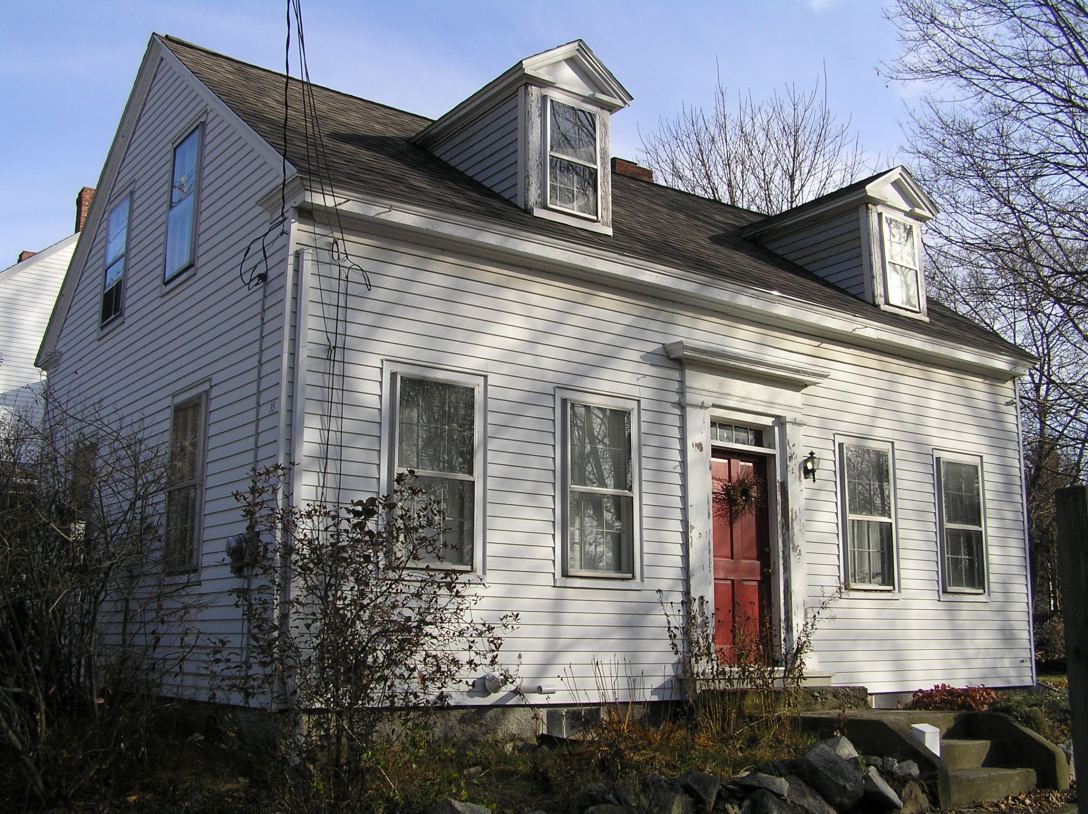 This small house is shown in the 1893 Birdseye Map of Ipswich. The Ipswich Assessors map shows the date of construction as 1823, but it is not in the 1832 map, and first appears in the 1856 Ipswich map showing the owner as D. or B. Smith. In 1872 and 1884 maps show the owner as “B. Smith.” It continued in the Smith family into the 20th Century. The Greek Revival doorway suggests the approximate date of construction as circa 1835.