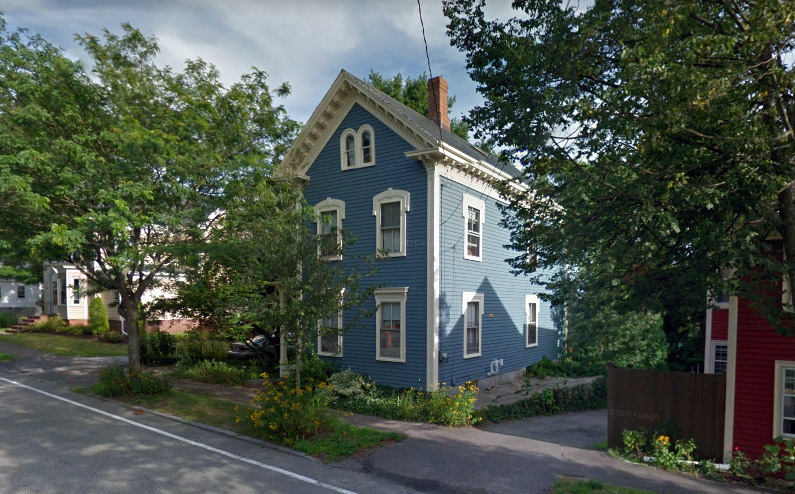 This or an adjoining lot was transferred from Elizabeth D. lord, widow of John Lord Jr. shipmaster, who died intestate, and as guardian of their minor children by public auction to Nathaniel Caldwell, December 10, 1861. (Salem Deeds: Book and pages 631-174, 175, 176). $258 was paid by Nathaniel Caldwell for half an acre with a dwelling house and other buildings thereon, bordered northerly by High St., easterly by other lands of Nathaniel Caldwell, southerly by land of Luther Lord. and westerly by Mary Brown, being part of the real estate of the late John Lord, on September 1860,