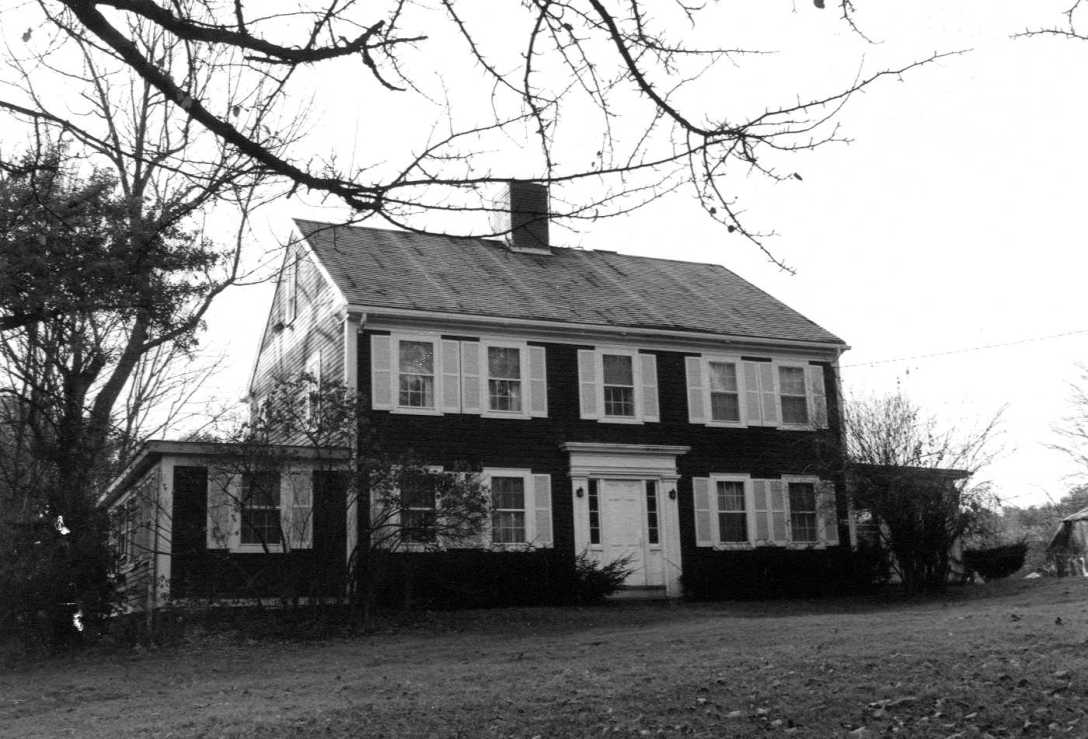 The house incorporates Second Period, Federal and Greek Revival features, and includes some reused First Period building materials. There is a typical Second Period floor plan (central chimney, 2-room-deep plan). The left-hand front (north) room has Federal finishes including a mantelpiece with frieze which curves medially toward the top. The stair hall and right-hand front rooms (upstairs and downstairs) have Greek Revival finishes including two mantelpieces derived from Asher Benjamin’s Practice of Architecture of 1833.

Re-used First Period materials are incorporated into the house. Among the earlier features is the vertical, feather-edged panelling in the rear room. The cellar framing includes several reused First Period timbers with bevel chamfers and one with a lamb’s tongue stop. In the attic whitewashed First Period floorboards (with evidence of joists 20 inches on center) are reused as sheathing. On the exterior of the house there is a well-executed Greek Revival frontispiece and a cove molding at the eave.

A barn on the property has 18th century or early 19th century framing characteristics.