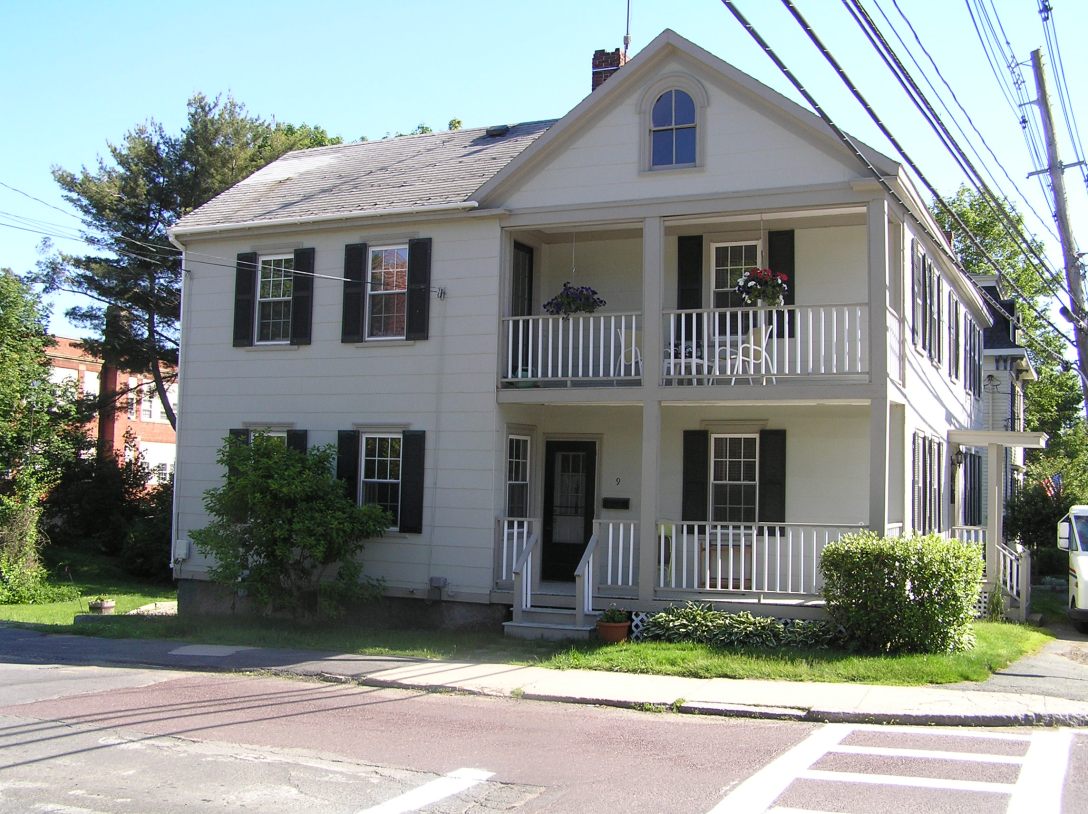 On the night of June 9, 1811, the house burned completely, along with the possessions of both owners, Captain Israel Pulcifer and the widow Elizabeth Holland. Captain Pulcifer received permission from the town to rebuild Feb. 4, 1811, and built the house still standing at that location. He sold his house and land to John How Boardman, April 4, 1826 (241 : 161), and it came by inheritance to his son, Mr. Aaron Cogswell, and his grandson, Mr. John How Cogswell. The house still stands on Meeting House Green.

The widow Holland at the same time built a house adjoining the Pulcifer house, and married Samuel N. Gage, of Rowley, but survived her second husband. The executor of her estate sold the house to Aaron Cogswell, May 24, 1841 (326: 65), and the house was removed by Mr. John H. Cogswell between 1872 and 1884 to the corner of County and Green streets, where he thereafter resided.

Source: Thomas Franklin Waters in Volume I of Ipswich in the Massachusetts Bay Colony