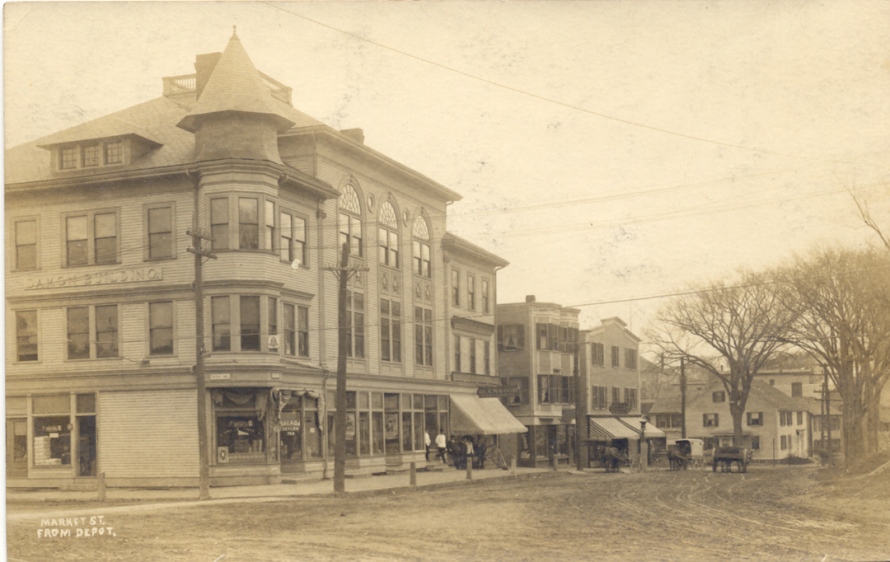 There was great excitement in Ipswich upon the visits of President George Washington and General Lafayette. Chebacco Parish withdrew from the town and became the Town of Essex. In 1828 the Ipswich Female Seminary was opened by Zilpah Grant and Mary Lyon. The Ipswich Manufacturing Company was established in that same year, later to become Ipswich Mills and now the site of EBSCO. The Eastern Railway sends its first passenger train through town in 1840. The Industrial age brought a resurgence of wealth to the town. Fires at Central Street and Depot Square in 1894 convinced the town to develop a public water and electrification system.

19th Century: Religion divided the town – Revivalist Rev. John N. Maffit held a “protracted meeting” which was undoubtedly the most extraordinary episode in the history of the churches of Ipswich since the days of George Whitefield and Gilbert Tennent, preaching sixty nights to congregations which occupied every inch of the meeting-house. … Continue reading 19th Century: Religion divided the town→

The boy who fell beneath the ice – The Rev. Joseph Dana served the Second Congregational Church at the South Green from 1765 until his death in 1827 at age 85. Rev, Dana’s tombstone in the Old South Cemetery reads: “In memory of the Rev Joseph Dana D.D., for sixty-two years, Minister of the South Church. His protracted life was eminently devoted to… Continue reading The boy who fell beneath the ice→

1816, the year without summer – On June 5, 1816 a heat wave raised the temperature in Ipswich to 92° but that afternoon a cold front swept across New England and the temperature fell to 43° by the next morning. For the next four days there were severe frosts along the Eastern seaboard, and snow was recorded in some locations. By the 9th of June ice began to form on water left standing outside overnight. Rapid, dramatic temperature swings continued throughout the summer.… Continue reading 1816, the year without summer→

The Fox Creek Canal – The Fox Creek Canal provided the missing link between the forests of New Hampshire and the shipyards of Essex. Lumber boats would sail down the Merrimack to Newburyport, cruise south along the landward-side of Plum Island and reach the Ipswich River without ever having to go on the ocean, then take the canal to the Castle Neck River to Essex Bay.… Continue reading The Fox Creek Canal→

Battles of the bridges – Excerpts from Ipswich in the Massachusetts Bay Colony, by Thomas Franklin Waters The stone bridges which span the Ipswich river with their graceful arches are picturesque and interesting, but the readiness with which the Town proceeded to build the latter two stone bridges is in singular contrast with the belligerent opposition to the earliest ones. Continue reading Battles of the bridges→

A town of immigrants – Puritans founded Ipswich during the “Great Migration” of the early 17th Century. Many residents of the town descend from immigrants who arrived in the late 19th and early 20th centuries to work in the mills.… Continue reading A town of immigrants→

The steamship “Carlotta” – The excursion boat Carlotta was built in 1878 at Rogers Point boat yard, and sailed from Town Wharf to the Neck and Plum Island for 35 years. The small hotels at Little Neck, Ipswich Bluff and Grape Island were favorite destinations for tourists and locals.… Continue reading The steamship “Carlotta”→